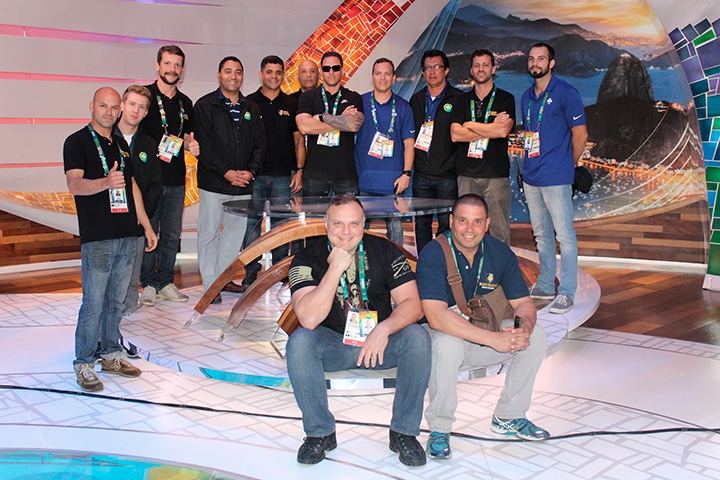 The oldest of the three big American private broadcasting networks, NBC-National Broadcasting Company gave BODYGUARD, by means of an immense challenge in Rio Olympics, the chance to reafirm the international credit in corporate security this Brazilian company has decidedly won in the last few years, especially after our work for HBS-Host Broadcasting Services in FIFA World Cup 2014. NBC put under our permanent shield for 41 days no less than 3,500 people involved in its Olympic megaoperation, truly an army moving with an impressive amount of equipment, and coupled with this human ocean part of the U.S. Olympic team. And BODYGUARD got over the challenge with brio, ensuring a safe basis for NBC work and athletes performance. So much so that after the Games we received from the American pioneer broadcasting network a plate in gratitude for the excellent services rendered.